Elizabeth Taylor is best known for her Hollywood hit movies.  One of her biggest films was Cleopatra.  She was known for her violet / purple eyes which later became her trademark.  She didn't really have violet eyes, but a lot of the time it looked like she did.  It's a shame that Elizabeth and Audrey Hepburn didn't do a movie together! Maybe that's just too much star power and the movie would burst into flames. POOF! 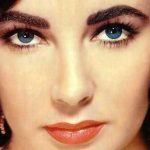 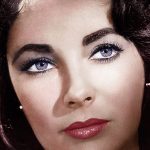